“The Glen” is a town built around motorsports, and more importantly, its famed racetrack is the one that kicked off sportscar racing in the United States. The first iteration of the Watkins Glen International (WGI) Raceway started in 1948 and used the natural terrain surrounding what most people recognize today as “Watkins Glen State Park” along with its waterfalls and giant gorge. Watkins Glen sits at the foot of Lake Seneca (one of the two fingerlakes) in south central New York, not far from places like Corning, Elmira and Ithaca.

Watkins Glen is hallowed ground, home to racing series like: NASCAR, World Challenge (SRO), IMSA, Formula-1 and many others. Visiting landmarks like the bar at the Seneca Lodge, brings back memories of: Mario Andretti, Emerson Fittipaldi, Colin Chapman, Graham Hill, Jack Brabham, Sterling Moss, Jacky Ickx and so many others, it’s awe inspiring to say the least. 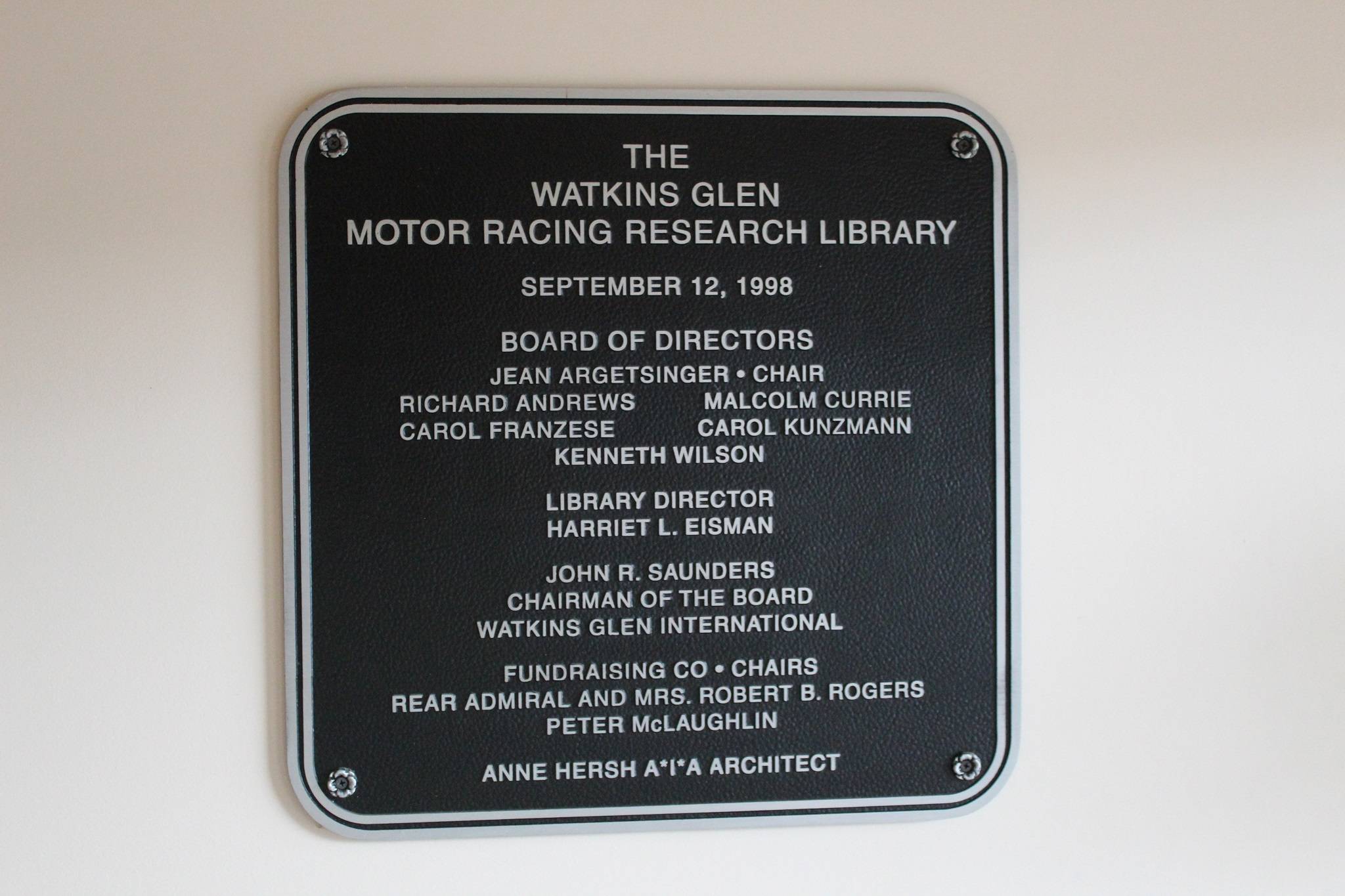 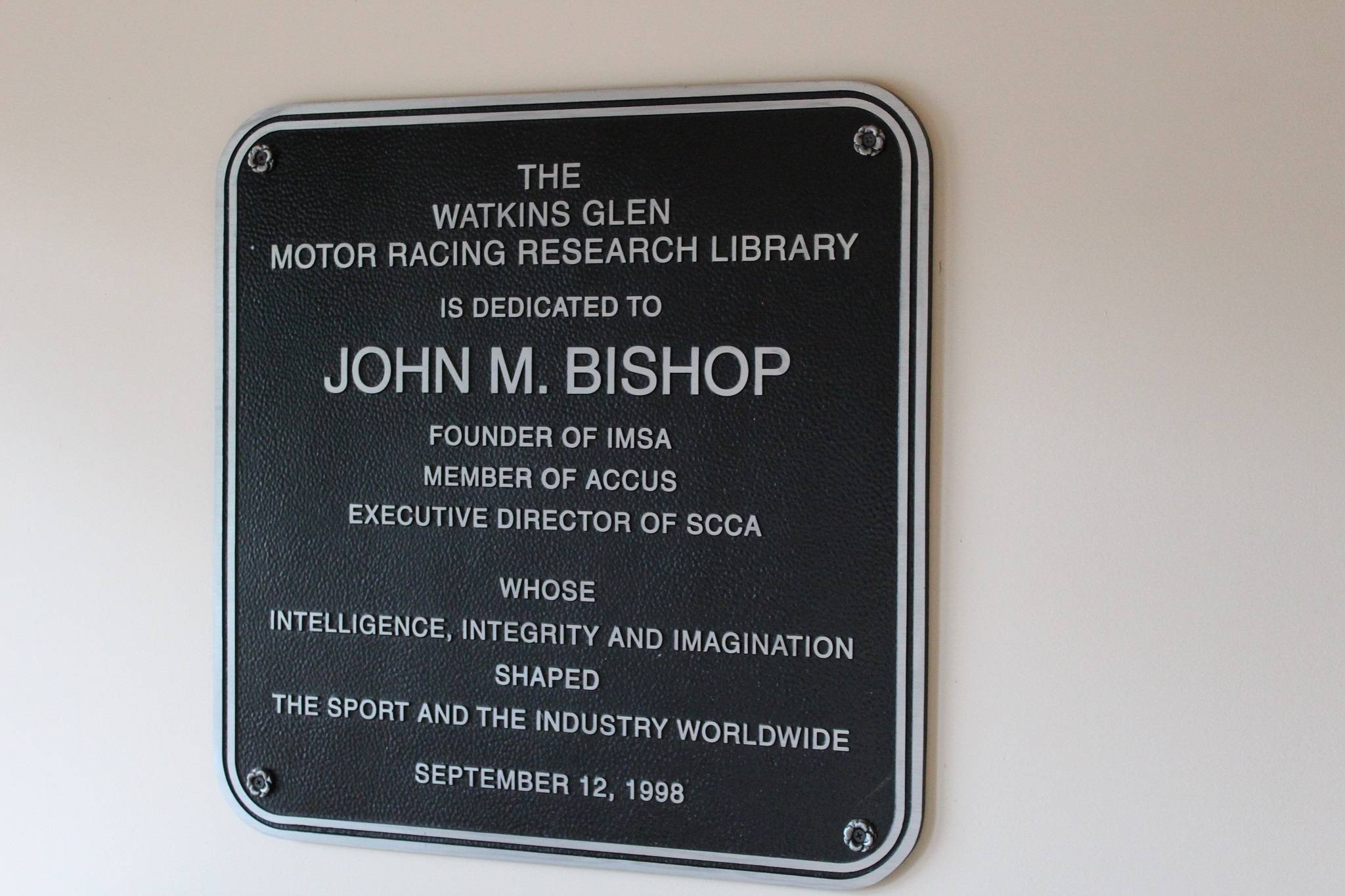 But there is one place in Watkins Glen, just a few blocks off the start-finish painted triple-intersection of State Route 414, S. Franklin and 15th Streets, that tries to capture not only the history of this racing town, but is also the record keeper for all things Sports Car Club of America (SCCA) as well as many other sanctioning bodies of racing in the US. The International Motor Racing Research Center (IMRRC) or “The Center” for short – as the curators more affectionately refer to it – has been preserving the history of racing from it’s library in downtown Watkins Glen for nearly 25 years. 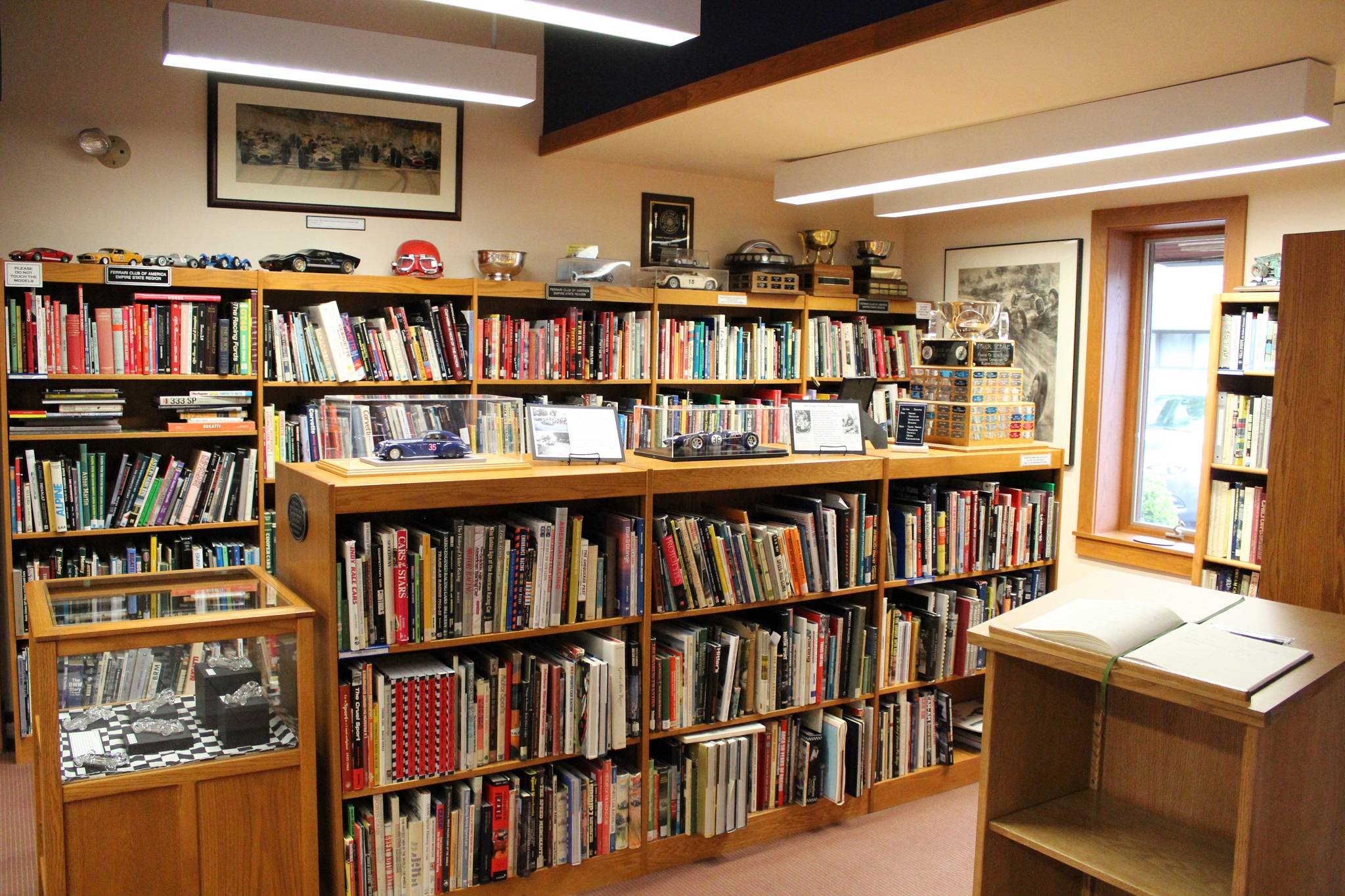 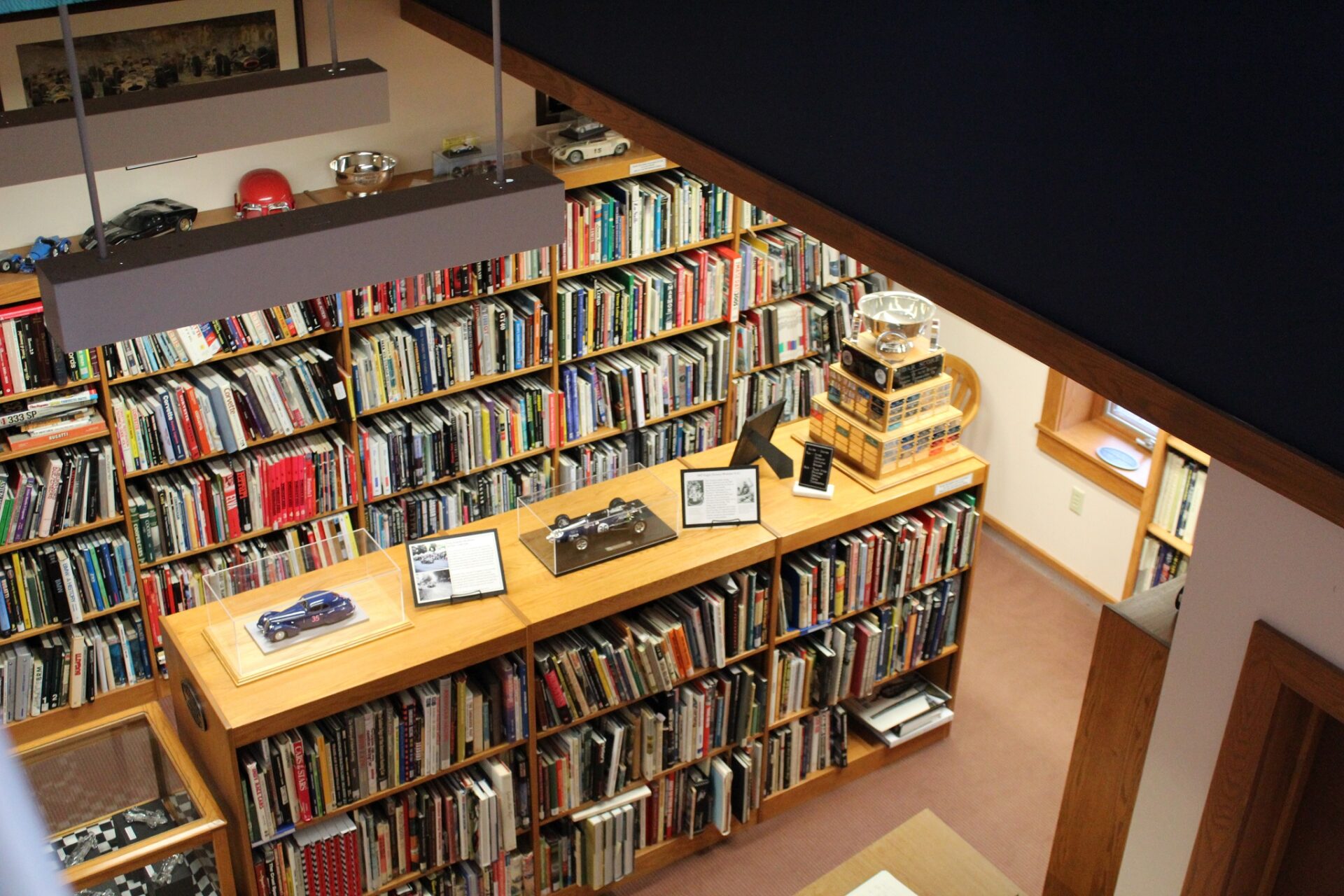 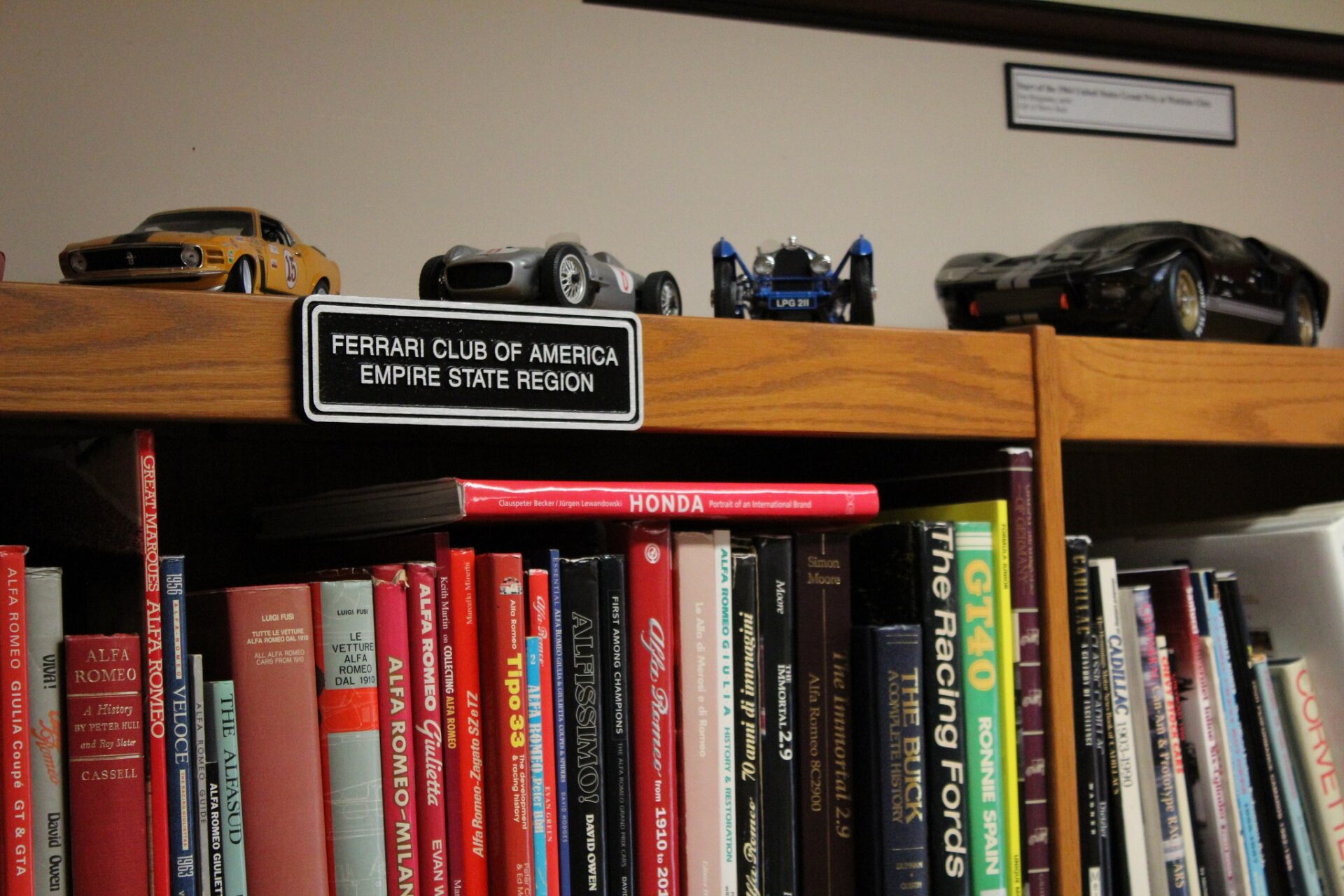 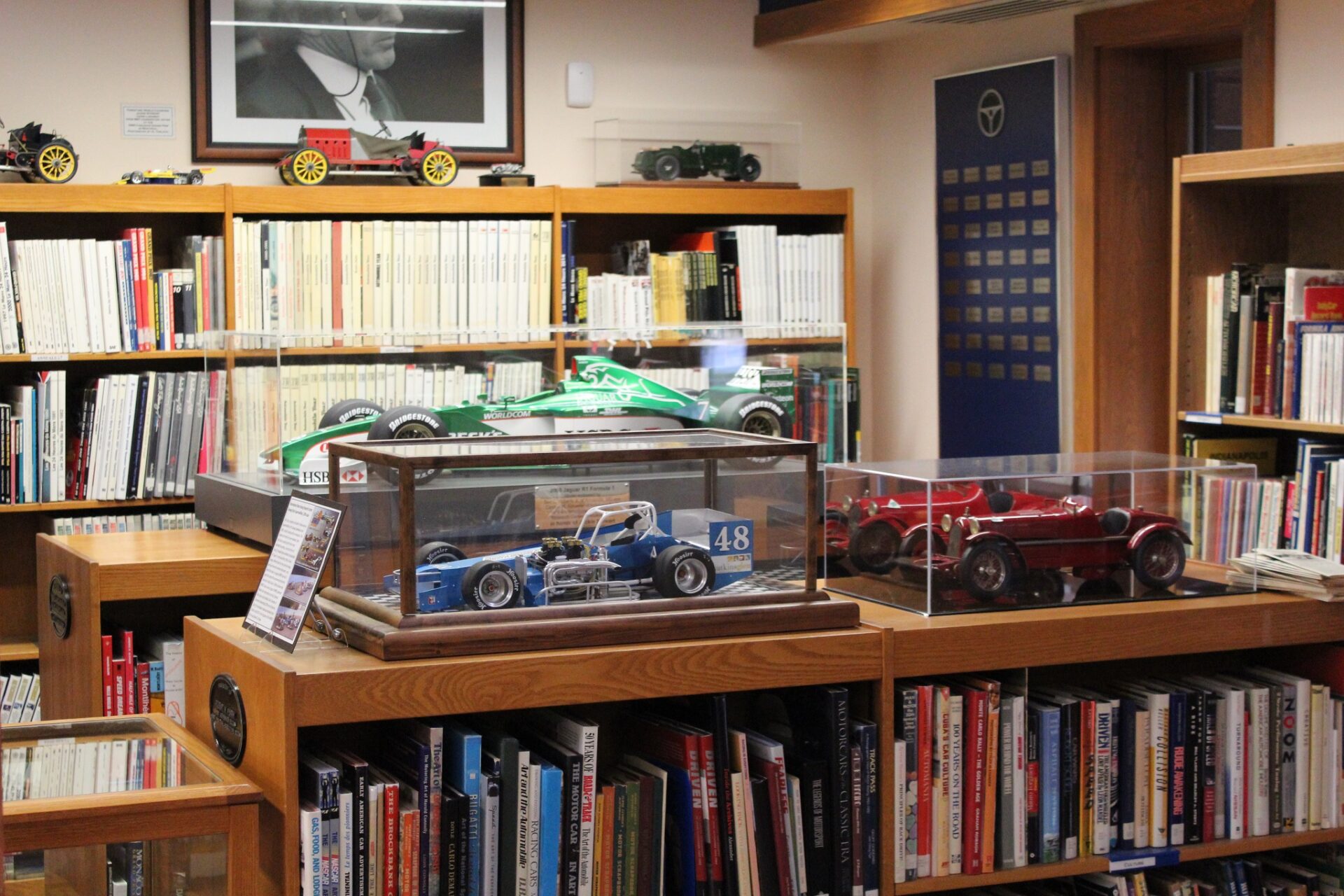 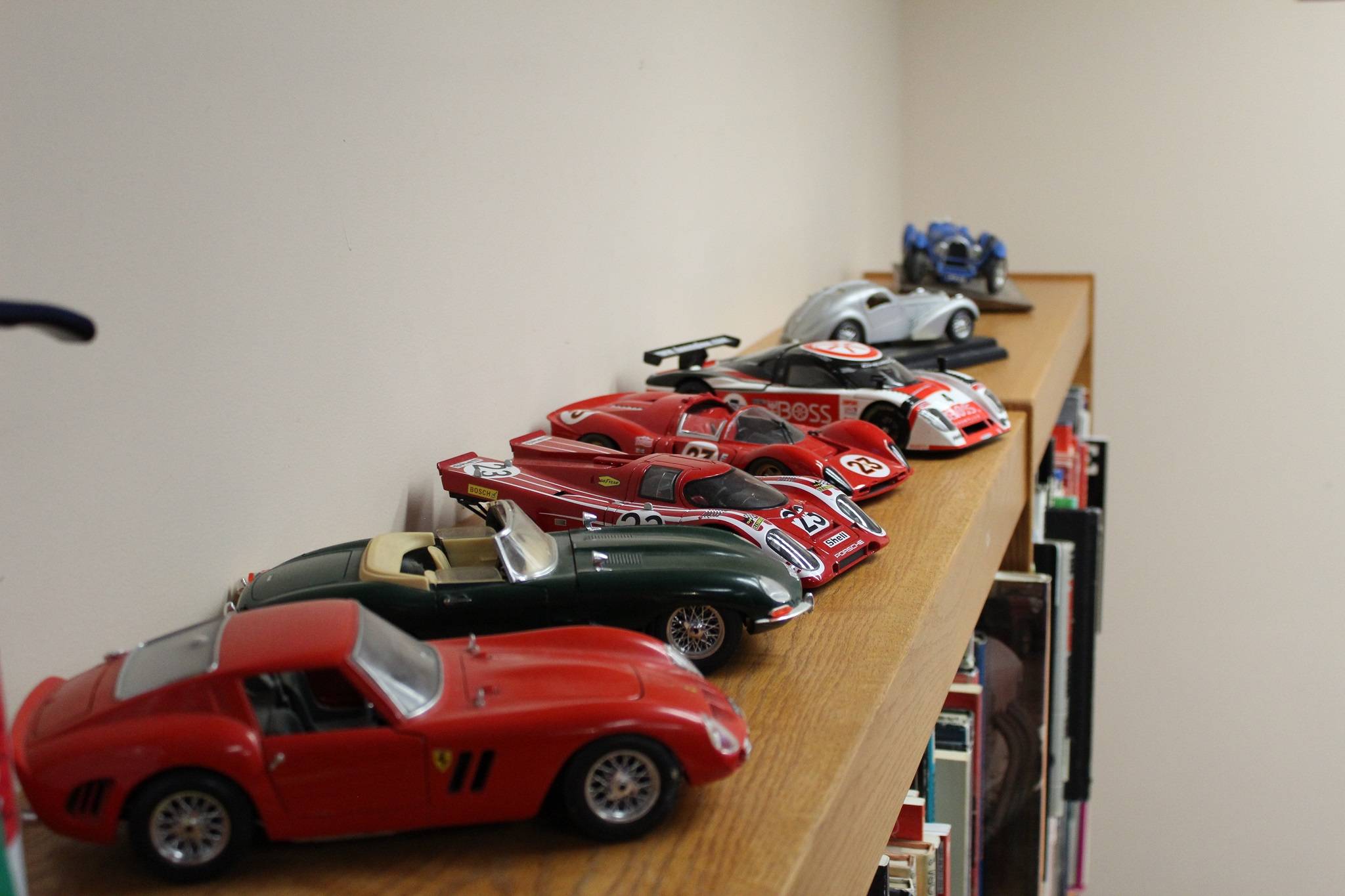 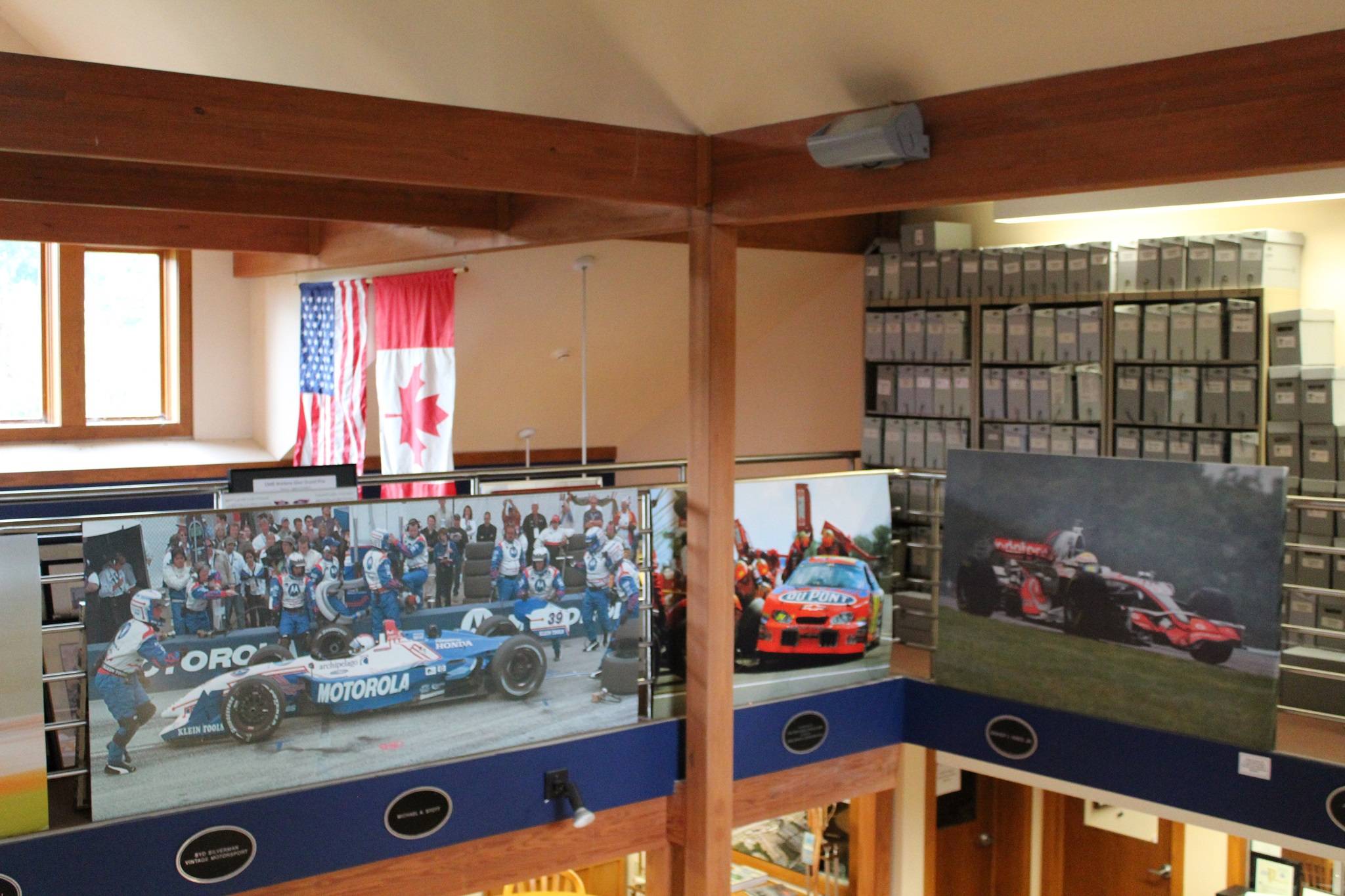 Even though the center’s overall footprint is small, the curators do an excellent job of packing in as many items as they can without making it feeling crowded in any way. Everywhere you turn there is something new to review and explore. Many of the items in the IMRRC have been donated, and there are even specific sections of the library devoted to those organizations, like: The Ferrari Club of America (see picture above). 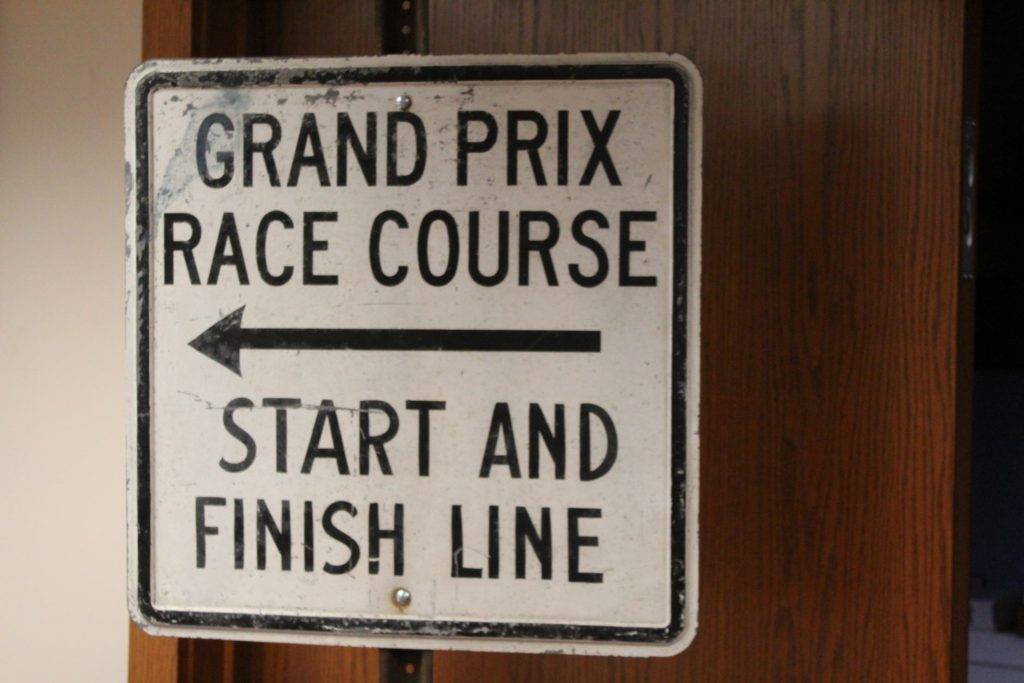 If you’d like to learn more about the IMRRC’s history be sure to check out the Break/Fix podcast episode below for more details.

Next time you’re on the East Coast, or making the trek to your favorite racing event at Watkins Glen International, be sure to add extra time to your plans and pay the IMRRC a visit. And maybe you’ll see me there doing some research for my next Racers Den article on GSM!

The IMRRC operates largely on donations through physical items, cash contributions and it’s annual sweepstakes. Many of us with large collections, especially consisting of motorsports memorabilia are unsure what to do with those items when we’re moved on from them. The IMRRC is prepared to review them and see if they can be added to the library, or added to their storage. More importantly, the IMRRC raffles off some pretty cool cars each year (or you can take home a $50k payout instead). 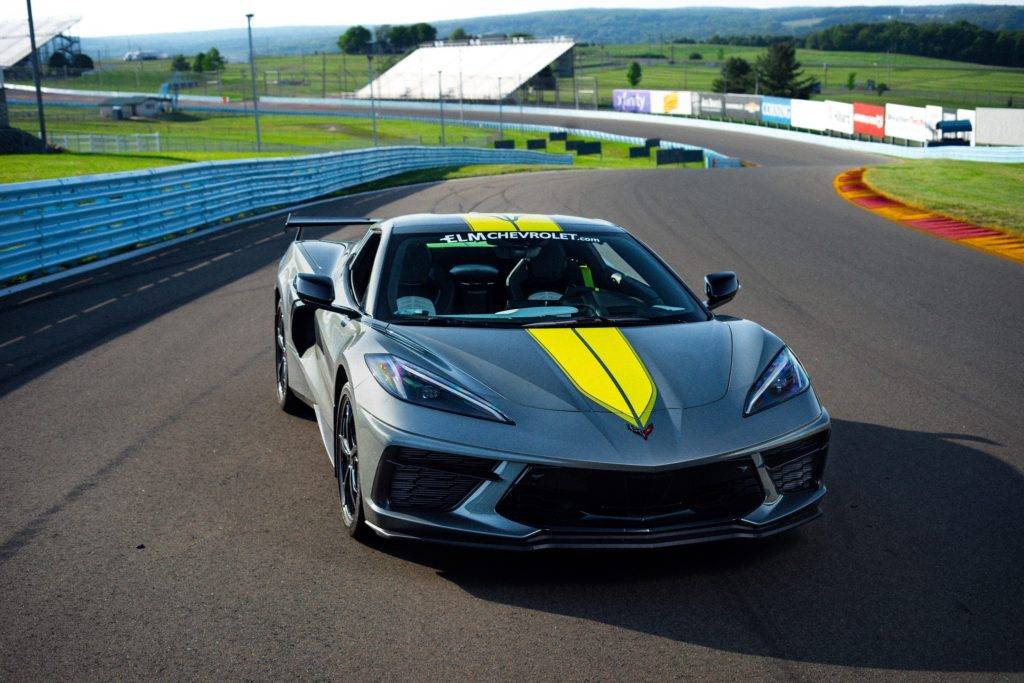 This year you have the chance to win a 2022 C8 Corvette C8.R IMSA Edition in dark metallic grey with yellow striping and matching interior. This car is an absolute stunner! Click here for details on how you can help the center or enter the sweepstakes. 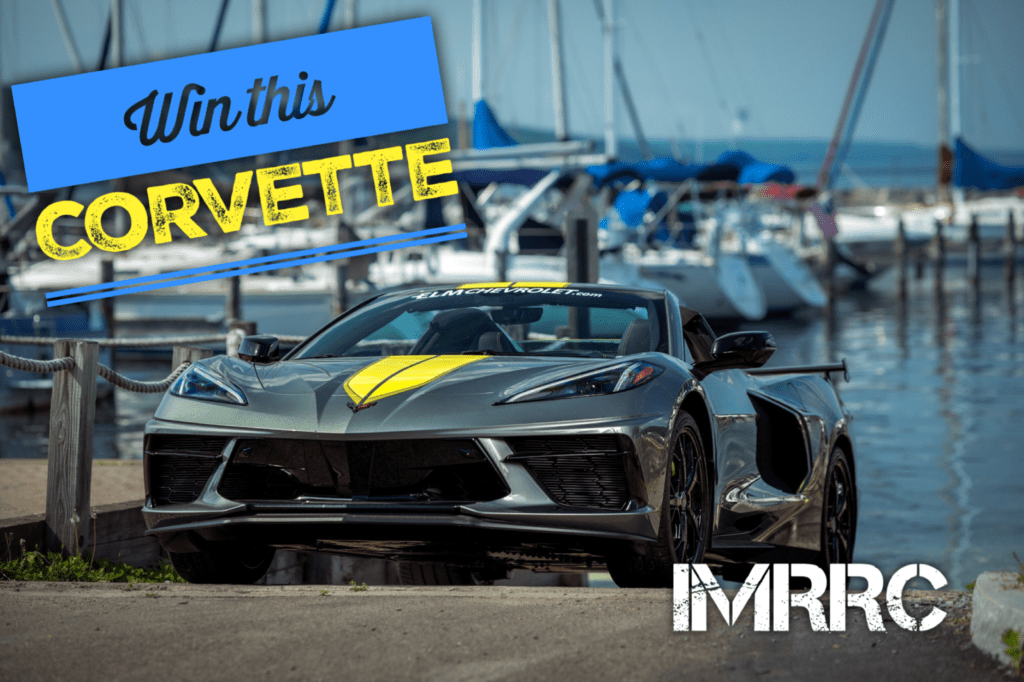 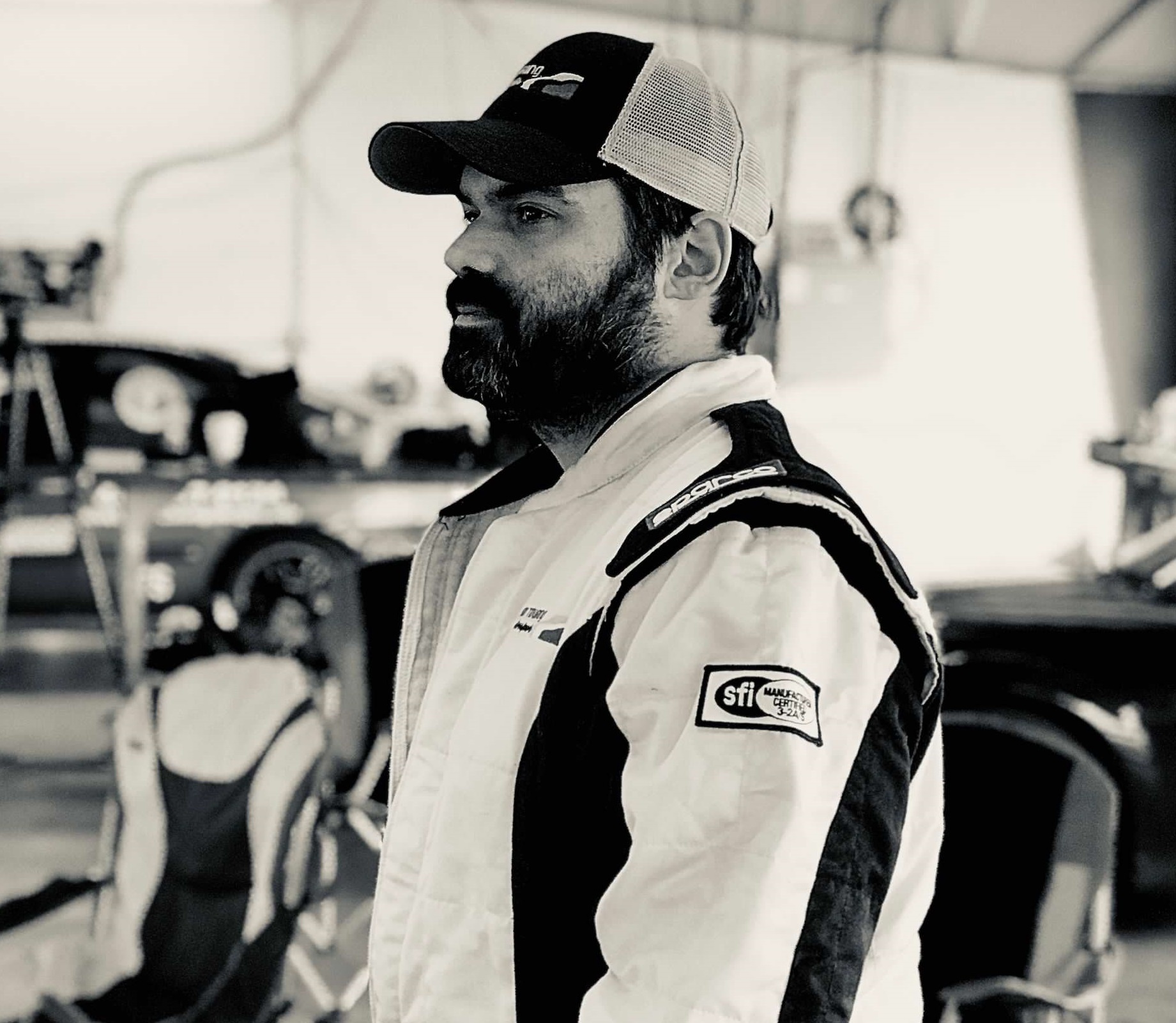 This article has been brought to you by the friendly folks at Gran Touring Motorsports.

This content was originally featured on Garage Style Magazine, reposted with permission.